I am going to enjoy life after 50 if it kills me!

This is my brother Mike.  I have always admired him.  (Which he’ll now know, since he is one of my three readers… damn.) 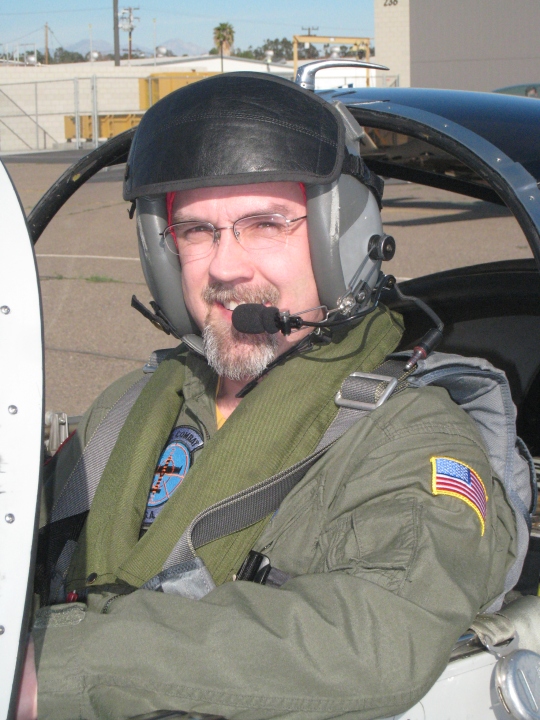 My brother has always been the type of person who goes after what he wants.  He does it wisely, but he does it. He wanted to fly planes, so he worked hard and got his pilot’s license.   The above picture was taken when he took part in a dogfight with another fighter plane.  It was just for fun, and he paid for the privilege, but it was something he had wanted to do, so he did it.

He is my hero.  While I have always been the one to think, overthink, and rethink my decisions, my brother thinks, plans, and does. His willingness to take risks has led him to California, a change in careers, flying, his wonderful wife, back home again, and now to the road.

Six years ago, Mike, at the urging and support of his best friend Alan Rider, took part in a motorcycle rally.  He was on a borrowed motorcycle with borrowed gear and no recent riding experience.  He did not finish, but I was so proud that he even attempted it.  This month Mike and Alan are meeting up in Utah to take part in the Utah 1088 Motorcycle Endurance Rally.  While riding a motorcycle is not exactly a novel expression of a man’s mid-life, not everyone would take it upon themselves to test their mettle by driving cross-country to take part in a motorcycle race with their best bud, then drive cross-country to get back home.  But then, my little brother is not just anyone.

By the way, these guys have been friends since their college days.  They now live on opposite sides of the country, but as with all great friendships, theirs is still going strong.  Have a great time, guys, and be safe.  Love you, Mike!

*I’m not sure if both photos or just the second one are from Alan, but if so, I want to give him credit.  Also, Alan has an awsome website you should visit if you’d like a little adventure in your own life.